In light of the impact caused by COVID-19, we are doing our utmost best to provide our guests with a safe & healthy stay.

Beat the hiking and mountain biking trails
starting right outside our gates. The most iconic Transylvanian
landmarks are just a short drive away from Raven’s Nest. 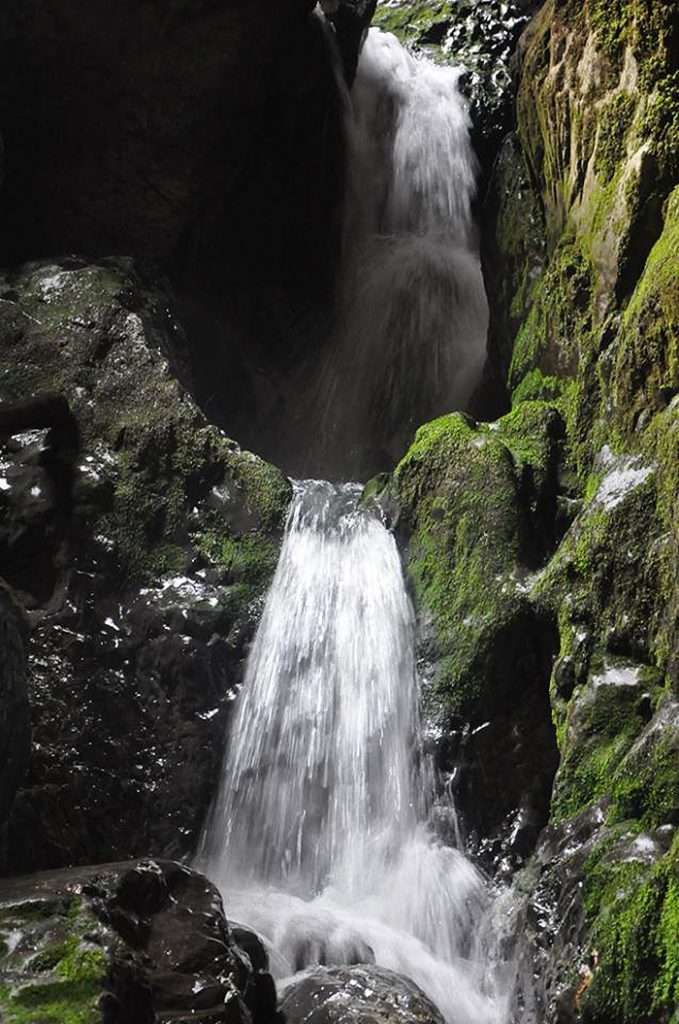 ⧫ From Raven’s Nest 20 -30 min hike, about 1 km. Easy access. Mountain views and rural landscapes to be seen along the way.

⧫ There is an observatory terrace overlooking the waterfall.

⧫ To reach the cave from the waterfall, go back on the same blue trail you came on and before you exit the forest, take a left turn downstream. You will find the small lake and then the cave.

The huge funnel of Vânătarele Ponorului along with Dâlbina Cave that opens up in its northern extremity is situated at the south-western edge of the Bedeleu Massif, in the Trascau Mountains. Dâlbina waterfall is formed by the confluence of three small mountain rivers: Valea Poienii, Valea Seacă, and Valea Ponorului. They are joined together 200m before the reserve and create the spectacular Vânătării Keys.

The name “vânătări” comes from an archaic meaning of the word “vânăt”, “livid or violet-blue“ color and refers to the special stripes that time painted on the tall limestone wall. In the old Romanian language, a “dâlbina” is used to describe a whirlpool.

It was once classified by a renowned speleologist as the only one of its kind. What sets it apart, is the wide underground basin where water is constantly flowing through. During heavy rains, the water is retained there and creates a temporary underground lake. The river water reaches this lake, through a course of impressive series of waterfalls, that compiles the 80-meter fall to the ground. The tallest one is Dâlbina waterfall, with a height of 25 meters that creates a magnificent sight. The view gets even more impressive after a period of heavy rains or snow melting in the spring when the water furiously rages into the underground. Along the valley, they enter an eroded chalk cave, leading to the big opening of the Dâlbina Cave and disappearing into the underground trail towards Cave of Papară. 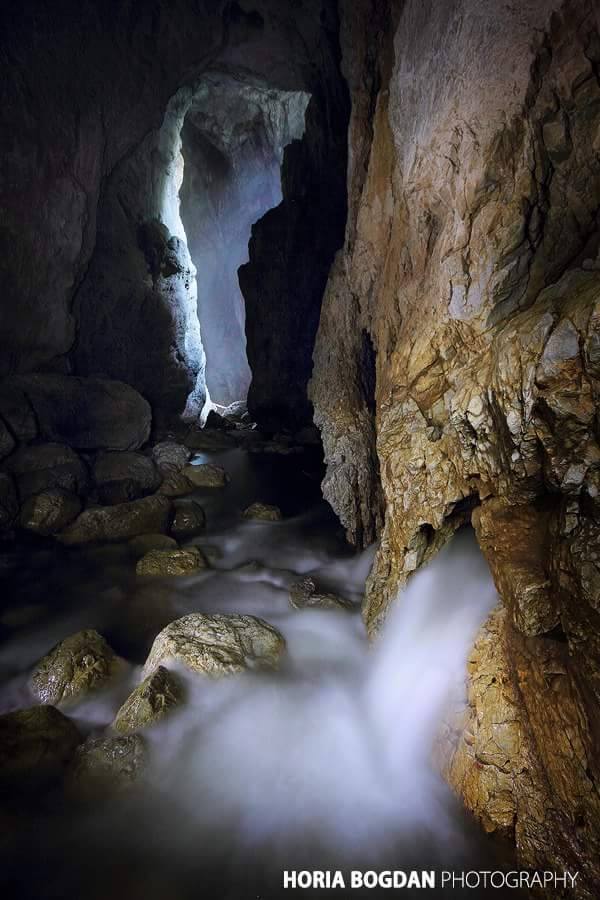